I am so happy to inform you that a new kit, “Patriotic Stars” Scatterings, is being released today.  This is a simple kit, but I have had so much fun playing with it and thinking of all the possibilities!  I LOVE this table runner!  It was so much fun to make, and I have quite a few stars left over!  I know it is a bit late for the Fourth of July, but we still have Labor Day and Veteran’s Day ahead of us this year.  And there are many possibilities for Quilts of Valor as well.  I love the sparkle of the Michael Miller Fairy Frost… white with silver glitter.   This same fabric is featured in the “Snowflakes” and “Let It Snow” kits.  I wish photos could do it justice, but I haven’t figured out how!  The featured photo for this particular article was taken outside in the sun.  A passer-by actually commented on how much she loved the sparkle, but alas.   The sparkle once again eludes the camera.  Sorry, but you will just have to take my word for it, unless you have seen the other kits.

I also made a 10” square that I will turn into a hot pad, so that I could practice the free motion quilting that I was envisioning.  As you can see, I did change the quilting a bit when I moved over to the table runner.  I started out thinking fireworks, and ended up moving more toward celebration. 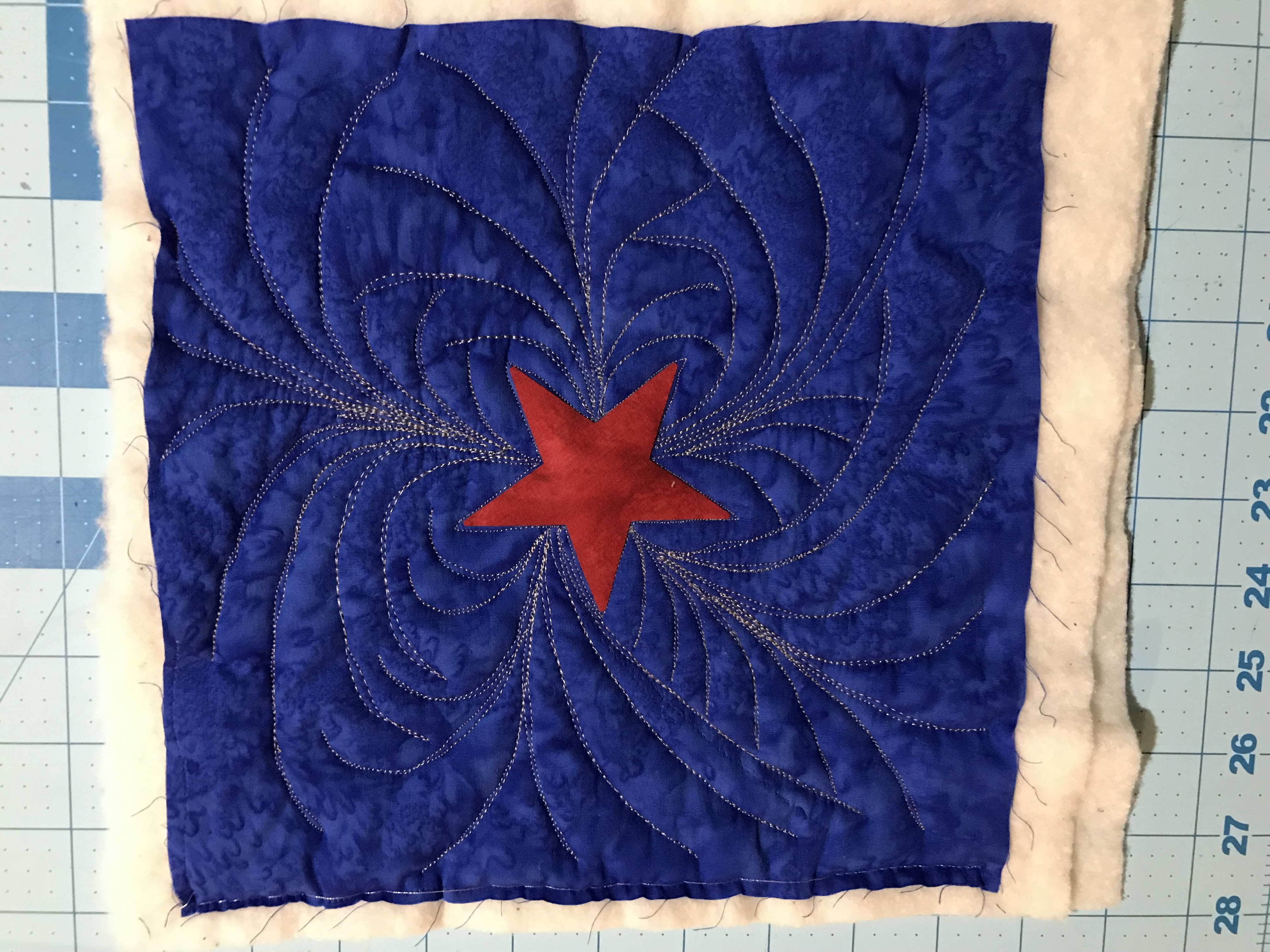 For both the table runner and the hot pad, I used two layers of cotton batting, so that they would be more usable as items to protect my table from heat.  But then I also used rayon embroidery thread to quilt them, so that it would be shiny too.  I don’t know how that is going to work with hot things.  Oh, well.  Time will tell.

Another thing I didn’t think through as well as I should have, was the amount of “shrinkage” I had from heavily quilting the center panel of the table runner through two layers of batting.  That probably would not have been an issue if I was heavily quilting the outside sashes, but that was not what I planned to do.  So I had to do some “unsewing” and some re-calculating (Quilters started doing that WAY before GPS was invented!) and I got it fixed.  I may do a whole ‘nuther blog on that process.  I DID take photos just in case.

Whether you buy a kit or not, I hope this inspires you to be creative today!

And while I don’t agree with all of Mr. Reagan’s politics, I do agree with this quote from him!