My sister and I are getting ready to go on a road trip to show quilt shop owners my designs!   I am so excited about this trip, and decided it would be nice to have a couple of t-shirts with my logo on them.  I did one using the freezer paper and paint brush method (similar to this) and it turned out really well, however removing all the fiddley little pieces of my logo was a pain.  There are 4 more shirts to do, so I decided to try to make a screen and screen print them.

I went to my local Habitat for Humanity ReStore and found a good solid 1970s picture frame and ordered some inexpensive silk screen fabric and ink from Amazon.  (The frames in the inexpensive ones were too small).

I first of all removed the back and glass from the frame, as well as the metal point that hold it all in. 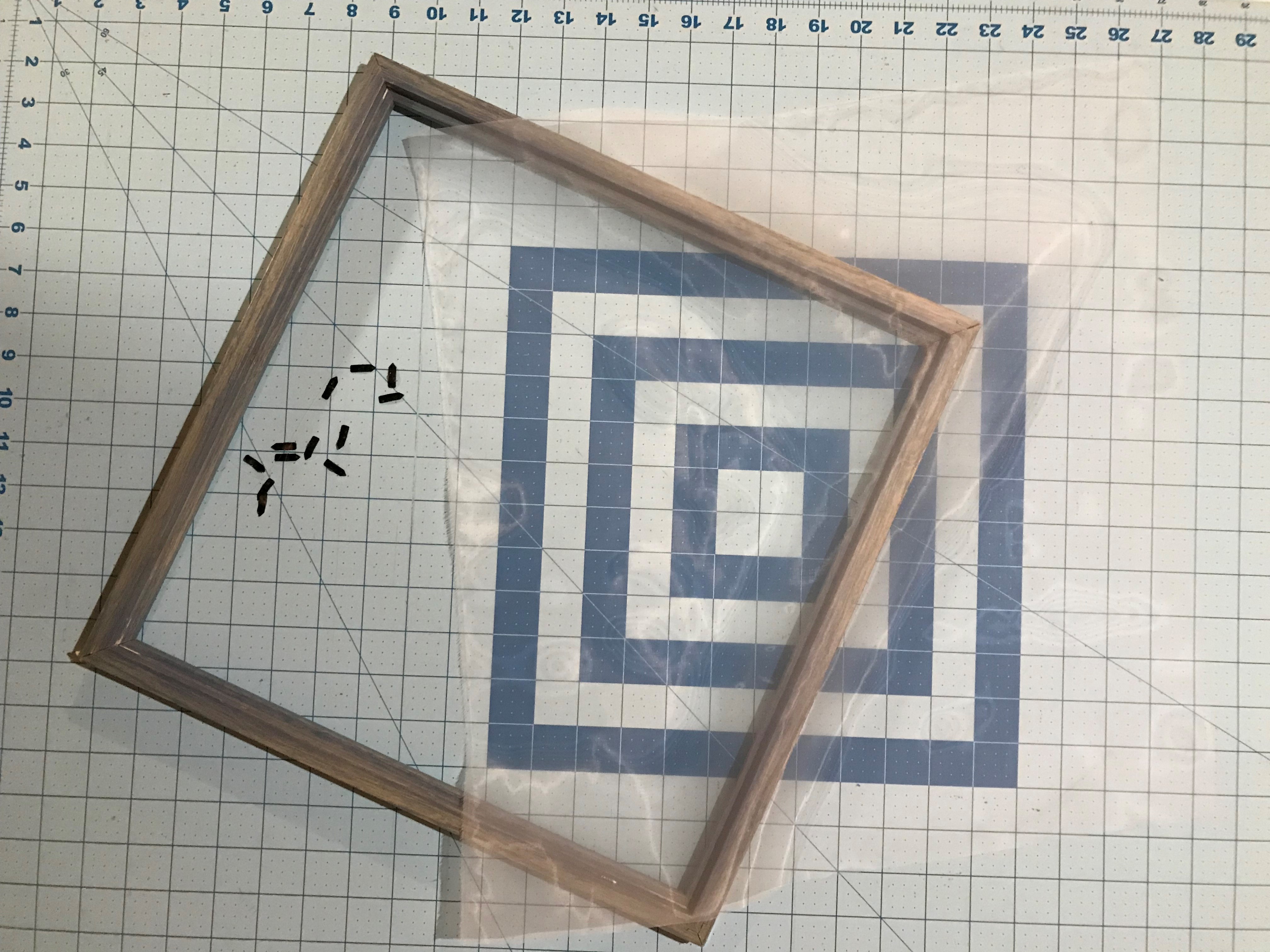 I was going to use staples to attach the fabric to the frame, but the fabric was so thin, I decided to use Hercules tape instead.  It worked great!   I put the tape on the frame first, and then laid the frame on top of the fabric, and starting in the center of the bottom side pulled the fabric up and stuck it, and worked from the center out to the corners.  I did the same to the opposite end, leaving the sides until last, and pulling it very taut.  It didn’t take long, and kept the screen nice and smooth.

The tape did not hold over time.  I ended up using a staple gun to keep the screen in place.  This frame has been used several more times after this was written and still works great. 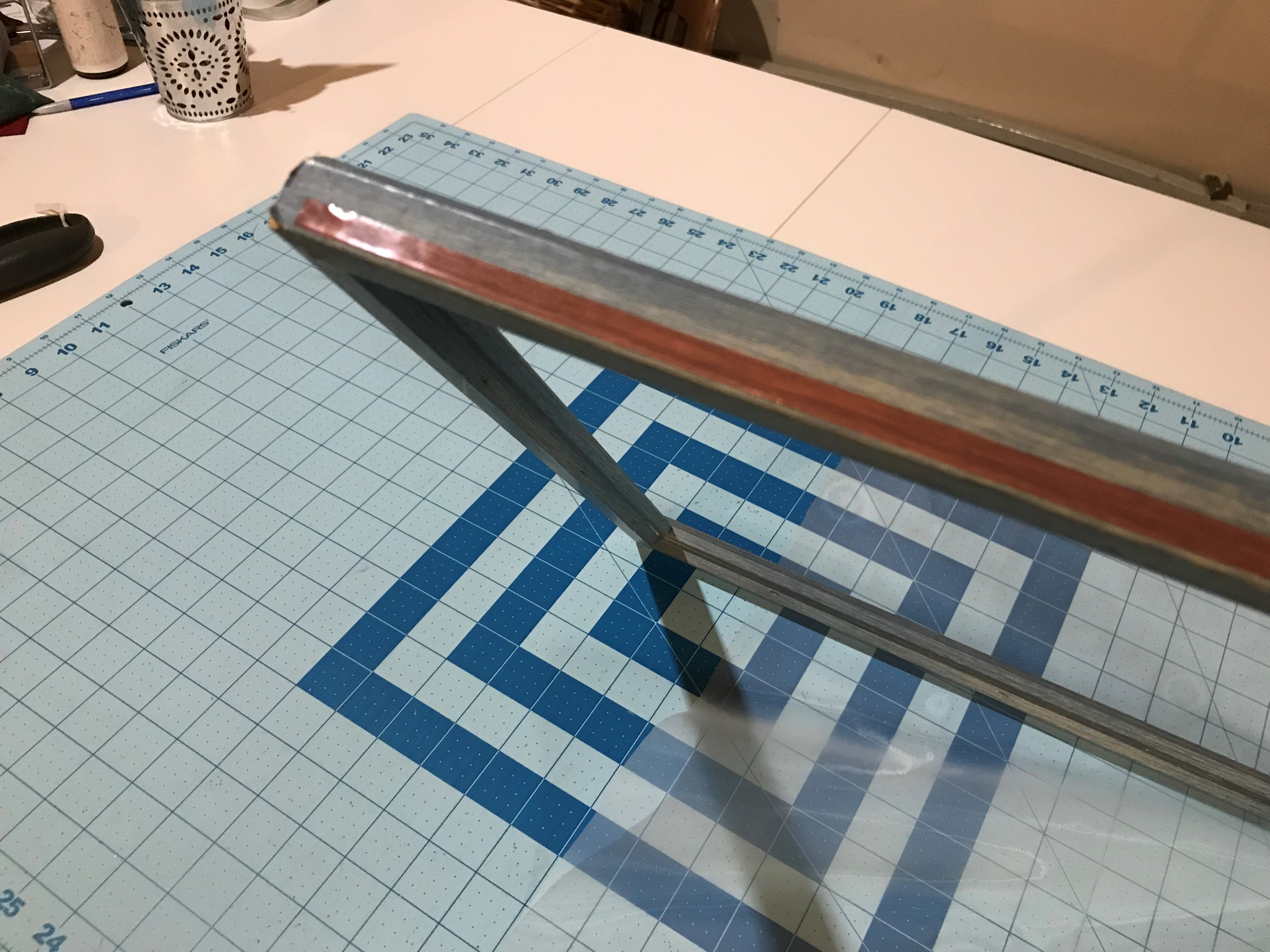 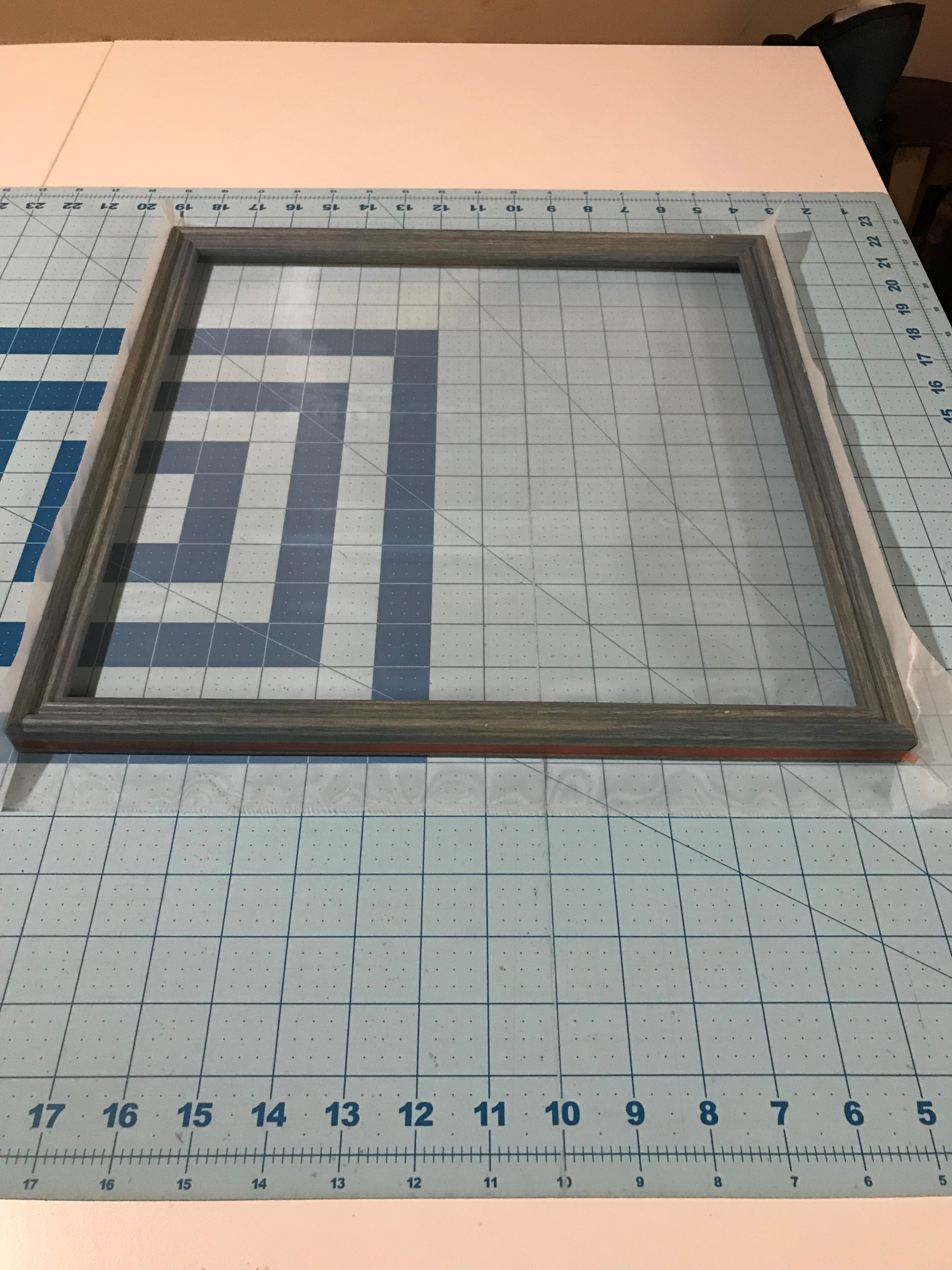 Then I cut my logo on my Silhouette and weeded out the areas that I wanted the paint to go through.  That took concentration, as my brain wanted to take out the wrong ones.  LOL.  I used Orafol 651 vinyl, so that it would be permanent and waterproof.  Then, I carefully put the vinyl “sticker” in the screen.  I sat the frame on my cutting mat to do this.  It worked out really well using the squares to keep everything straight. 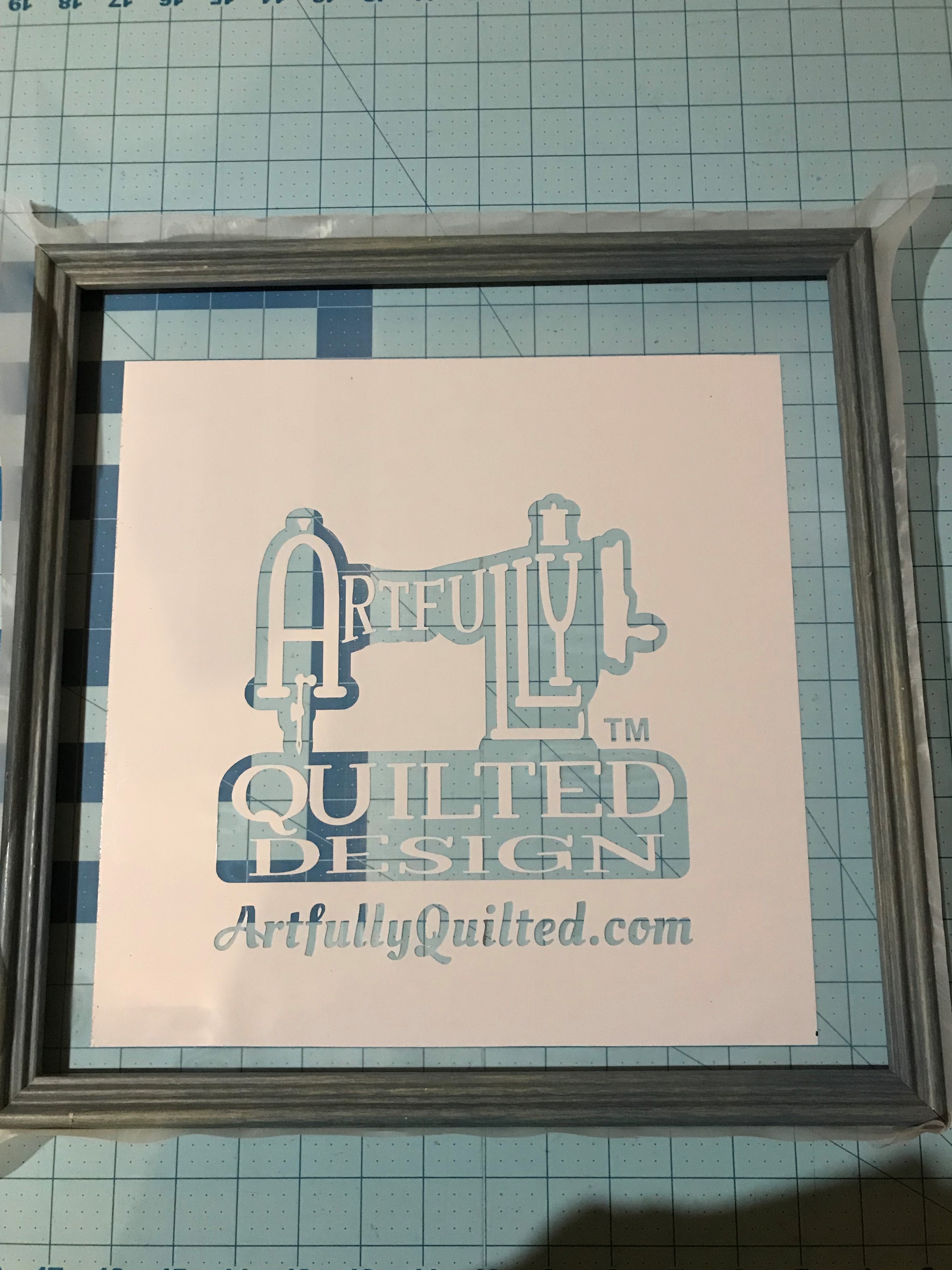 After applying the vinyl, I filled in the space between it and the frame with painters tape.  This helped insure I didn’t drip anything where it didn’t belong!

I watched videos of screen printing, and used things I had around the house instead of buying a squeegee.   The results are pretty good I think!   The project was finished by heat setting them with an iron.  Once the screen was made it didn’t take long to do the prints. My mind is spinning with the possibilities!

Now, onto the packing!

Be sure to create something today!